What is Asian Bodywork Therapy (ABT)? | What is Acupressure?

Asian Bodywork Therapy (ABT) is the official term used by the National Certification Commission for Acupuncture and Oriental Medicine (NCCAOM) to designate the different touch and manual therapy modalities that incorporate the medical theories and principles of Traditional Chinese Medicine (TCM). Currently, there are 17 recognized forms or styles of ABT. Before we go onto discuss these different forms, we need to briefly cover a small matter of technical jargon. Is Bodywork different than Massage Therapy?

By now, you’ve probably wondered why I use the term bodywork and not massage. Is there a difference between the two words? Yes and no. 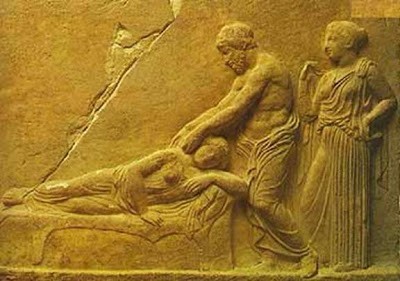 In recent medical history, the access to alternative medical treatments has become commonplace. While massage technically describes any touch or pressure based healing treatment, the term bodywork arose as means to describe those manual therapies that are based on alternative or non-conventional medical principles.

However, for the sake of legal and public health regulations, the US Department of Education legally defines massage therapy as “manual techniques for manipulating skin, muscles, and connective tissues.” 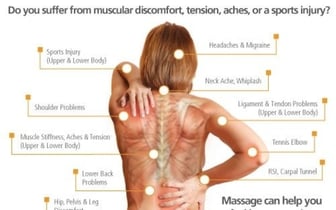 Since Asian massage modalities utilize TCM medical principles, such as qi, they fall outside of this legal category. Given that NCCAOM is the recognized professional certification agency in the United States for the practice of Acupuncture and Oriental Medicine (AOM), it abides by government standards and uses bodywork to emphasize that its different forms are utilize meridian theory as the means of healing. 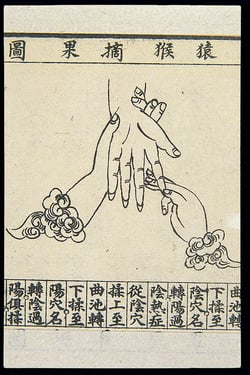 The Traditional Chinese Medicine (TCM) Model of the Body

While all ABT forms are different and come from different parts of Asia, they all utilize a Traditional Chinese Medical model of the body, which is radically different than the biochemical model that is used in Western medicine. According to TCM, the human body is a collection of three separate, yet interconnected metaphysical anatomical systems known as the functional entities, which are:

2. Zang-fu Organs: A set of 5 non-physical organ pairs that produce and regulate the Five Fundamental Substances within the body.

3. Jing-Luo (meridians): The vast network of channels that connect the Zang-fu to rest of the body, allowing the Five Fundamental Substances to travel throughout the body.

Without getting too technical, TCM characterizes illness as an imbalance of qi, rather than a biochemical phenomenon. As such, the aim of the various TCM healing modalities is to restore the balance of qi. But how do you physically heal a non-physical condition?

Meridian Theory and ABT Healing Modalities

Remember that qi travels through a meridian network that interlinks the entire body together. As such, the meridians can be anatomically known and mapped out on a medical model of the body. Along each mapped meridian channel, there is an infinite number of points where manual therapies can be applied to stimulate qi. However, because meridians and qi are non-physical, they cannot be pinpointed and measured in a biomathematical fashion.

Rather, what has happened is that over the centuries, Oriental Medicine physicians have come to an expert consensus of where the most effective sites for acupuncture needle insertion are roughly located on the body. While the specific details of what observations or experiments were undertaken by ancient Chinese medical pioneers have been lost to history, but what we do is that general meridian system that is used today was first codified roughly 2,200 years ago in the classical medical text Huangdi Neijing or the Inner Canon of the Yellow Emperor, which served as the authoritative source for several millennia. In fact, the Masters of Oriental Medicine curriculum at Acupuncture and Massage College requires a class on the Inner Canon to be taken during the final semester of the three-year program.

While it may seem like I go off on a random tangent, the point that I want to drive home (pun intended) is that acupoints can technically exist anywhere along the meridian channels and that even within TCM, the acupoint locations have varied at different times throughout history. This information will become more relevant when we discuss the different ABT forms.

Currently, there are 17 recognized forms modalities or forms of Asian Bodywork Therapy. However, for our purposes, we will only focus on discussing the three most popular forms.

Acupressure – Acupressure is a bodywork therapy that it balances qi by applying manual pressure at particular acupoints. Because of its connotations to acupuncture, acupressure or acupressure massage has become the general term to describe any manual bodywork that utilizes a TCM meridian model of the body.

Tuina – Tuina (push-hands) is one of the major healing modalities in Traditional Chinese Medicine and is also known as Chinese Massage. While acupressure is essentially needle-free acupuncture, tuina utilizes distinct manual stroking and rolling techniques over the acupoints to open stagnant meridian channels. In the US, tuina is a popular complementary health practice for those with musculoskeletal disorders, such as osteoarthritis.

Shiatsu – Shiatsu (finger pressure) is a Japanese healing modality that is based on TCM meridian principles. It is similar to acupressure and tuina but has a distinct method of applying pressure along the body’s meridian paths, primarily by using the thumbs, but also by incorporating exercise and stretching to stimulate the flow of qi.

While meridian theory may sound strange to a Western audience, clinical studies suggest that Asian Bodywork Therapies are effective for treating a variety of health conditions. In the next series of articles, we will analyze several peer-reviewed studies that have evaluated these three ABT forms in a clinical setting.

As I mentioned earlier, ABT forms are taught in massage schools across the country. The Massage Therapy program at Acupuncture and Massage College has the distinction of having a shiatsu specialization, along with the more common Western massage modalities. If you're interested in learning more, download our massage therapy career guide below. You can also email us at admissions@amcollege.edu or call 305-595-9500. If you're near Kendall, visit us at 10506 N. Kendall Drive, Miami, FL 33176.