The reductionist approach in Western medicine is rooted in Enlightenment philosophy, while the whole-body approach in holistic medicine is based on various principles and traditions, all of which emphasize non-invasive practices  (bodywork, etc.), natural products over chemical pharmaceuticals, and the body's ability to heal itself.

Taoism: Taoism (also spelled as Daoism) is an ancient religious system that originated in China over 2,000 years ago. Taoism’s exact origins as a thought system are complex, but by 300BC, its doctrines are codified in the Tao Te Ching, which is still considered to be the primary text of Taoism.

The Tao Te Ching is attributed to Laozi (also spelled as Lao-Tzu or Lao-Tze), the classical Chinese Philosopher, and describes the major doctrines of Taoism: Tao, Ziran, Wu-wei, the Three Jewels (ethics), and Cosmology. While there are various religious concepts in Taoism, this article will mainly focus on its philosophical aspects, as they are the most relevant to Traditional Chinese Medicine (TCM). Legend holds that Laozi left China for the west on a water buffalo. Perhaps he came to Miami?

Tao: The aim of Taoism it to live in accordance with the Tao. Tao, meaning the Way, is the notion that the universe has a particular inherit orientation. This concept can be difficult for Westerners to comprehend, because Tao is neither physical nor non-physical, yet orientates and connects everything.

Ziran: Tao is inherently simple, spontaneous, and naturally occurring. That which is inherently effortless and in a completely natural state is referred to as Ziran, which means “of its own.” Ziran then, describes Tao and nature in its most unadulterated state.

Wu-wei: Similarly, the doctrine of Wu-wei or effortless action describes how one’s actions should mirror the Tao, namely effortless and natural. Wu-wei can be explained as walking. A toddler may not know how to walk yet, but is orientated towards learning because of her inherit human nature (Ziran); once the toddler can walk, maintaining balance and all the other motor skills involved with walking becomes part of her nature and she can then do it without thinking consciously about it (Wu-wei). To get a better idea of Wu-Wei, watch video below from The School of Life:

Three Jewels: The goal in Taoism is to live in unscripted and natural harmony with the Tao. This gives rise to a code of virtue ethics known as the Three Jewels, which are Compassion, Frugality, and Humility. The three virtues have many practices and related concepts associated with it. For example, in Traditional Chinese Medicine, they are connected with Jing (essence), Qi (vital life), and Shen (soul), which are the substances necessary for maintaining life.

Taoist Cosmology: In Taoism, the cosmos is viewed as having a cyclical nature; cycles of change, extremities, and balance are characteristics of this view. The universe is constantly changing, according to a pattern called Wu Xing, meaning the Five Phases or Five Elements. According to the classical explanation of the five elements, Wood generates Fire, which turns into Earth, which gives rise to Metal, which produces Water, then gives rise Wood, completing and starting the cycle over. The traditional cycle of the Five Elements

Everything that exists in the universe is an aspect of Qi or Chi. Because change is constant, Qi remains in a perpetual transformation between a condensed (actual, existing) and diluted (potential, hypothetical) state of existence. These two different states of Qi are manifested as Yin-Yang, which are the two mutually exclusive, yet complementary states of polar extremities found in everything in the universe.

The classic symbol for Yin-Ying. The dual-balance between seemingly opposing forces is the aim of TCM.

Taoism and the Human Body: Taoism views human beings as microcosms of the cosmos; to understand humans is to understand the cosmos. As such, the human body is viewed as having its own Wu Xing pattern, which is known as Zang-Fu.

The Zang-Fu model has particular organs that correspond to one the Five Elements. The organs have either a yin or yang property assigned, which if not balanced, will result in particular illnesses. Remedies in Traditional Chinese Medicine (TCM), then seek to restore balance of qi and yin-yang, which will allow the body to practice Wu-wei, and bring it back a state of Ziran. A description of the Zang-Fu organs and their properties

In the next installment of this series, we will cover the specific philosophical concepts of Traditional Chinese Medicine in greater detail and examine how they give rise to the particular modalities of treating illness.

If you're interested in learning about a career in Acupuncture and Oriental Medicine, visit our Florida acupuncture school program page and download our free career guide below. Acupuncture and Massage College is located at 10506 North Kendall Drive, Miami, Florida, 33176. If you're ever in the area, please stop by for a visit! 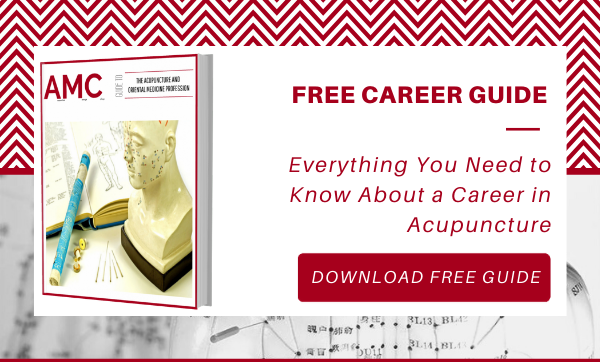