Shiatsu is a modern method of massage therapy with roots in traditional Chinese medicine. This treatment uses points that lie on pathways of energy throughout the body called meridians. This energy within these 12 meridians is called qi, which is pronounced "chee." Qi is a life force energy that is present in all living things. Illness occurs when the flow of qi along one or more meridians is blocked or out of balance.

The essence of the practice

Shiatsu directly translates into "finger" (shi) and "pressure" (atsu), and aims to facility the body’s ability to heal itself and promotes overall health and wellness. Pressing on the specific pressure points opens the pathways for the body’s flow of qi.
Touch is the essence of Shiatsu. Obviously, touch falls on a broad spectrum — it can range from aggressive and abusive to nurturing and intuitive. Shiatsu uses a caring touch to help us with self-healing. It also uses gentle stretching and manipulation techniques.

Differences from other types of massage

In contrast to Swedish massage, Shiatsu massage uses rhythmic and gradual pressure to the meridians. Sometimes the practitioner employs light holding techniques. Swedish therapy, on the other hand, uses long flowing hand movements to pull and knead the muscles. Both are excellent therapeutic methods, but Shiatsu’s focus on restoring energy flow taps into a more spiritual experience for both the patient and practitioner.

The origins of shaitsu
Though there is only one type of Shiatsu, there are several variations of it. Shiatsu’s beginnings can be traced back to around 2000 B.C. in ancient Japan. The method was established by Tokujiro Namikoshi in 1912 when he was only 7 years old. He realized that by using his thumbs to press on his mothers ailing body he was able to relieve her stiffness and pain. He was able to cure his mother of rheumatism through his gentle touch.

Use alongside Western medical techniques
Shiatsu has become a respected therapy in Western countries and is offered in many hospital settings. It is a safe and effective treatment. It can help to alleviate many conditions, including but not limited to:

The pressure points lying on the meridians are palpated using fingers, knuckles, thumbs, palms, toes and  elbows. Light massage is done with these appendages to feel which points are soft and tender.

How the practice helps

In Shiatsu physical touch is used to assess the distribution of qi throughout the body and correct any imbalances. By stimulating the person’s immune system Shiatsu can treat the body as a whole and help to restore physical functions of the nervous and circulatory systems, musculoskeletal structures, and internal organs.
Whether a patient's qi has been disturbed through eternal trauma, such as injury, or internal trauma such as depression or stress, Shiatsu can help. When disturbances and disharmonies occur, symptoms like aches and pains emerge and a patient begins to experience a state of disease. If the body is not performing efficiently, the patient's reserves of basic energy become depleted, leaving a body less able to cope with the threat of illnesses, as well as the regular demands of life.

The Acupuncture and Massage College offers a degree in massage Therapy that comes with a specialization in Shiatsu. For information about AMC’s Oriental Medicine and Massage Therapy programs you can <a href="mailto:admissions@amcollege.edu?subject=Admissions Inquiry">email our admissions department</a>. 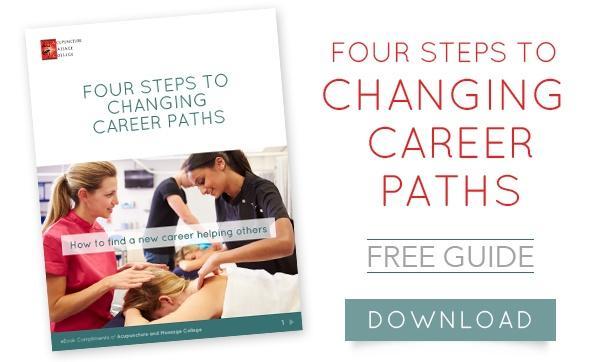