Shiatsu is a core modality taught at our massage school. In the classroom, we mainly focus on teaching the application of the techniques of shiatsu. However, we think that this modality is so fascinating that it deserves its own blog series. 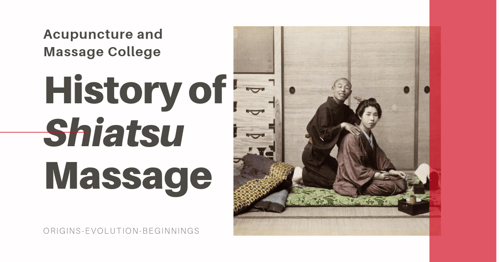 As such, it seems appropriate to claim that the history of Shiatsu begins with the introduction of Tuina in Japan.

Tui Na, sometimes spelled tunia, (推拿), which means “to push and to lift and squeeze,” is a form of Chinese massage that is practiced by applying rhythmic pressure across the body using the hands and fingers. Its techniques include manual rolling, rubbing, kneading, and pressing. 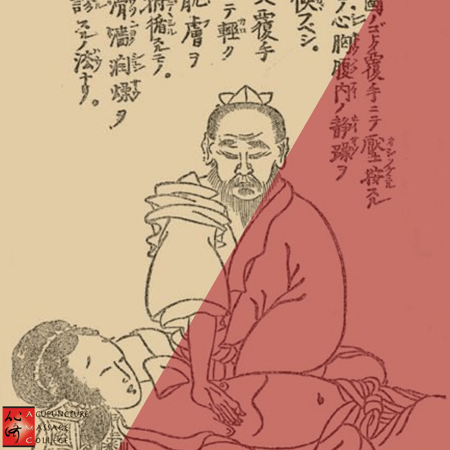 Tui Na was first introduced in Japan around 700 AD. It eventually became the form of massage practiced in government-sponsored hospitals and would be the dominant form of massage in Japan.

From Tuina to Amna

Over time, Tuina was modified by its Japanese practitioners. During the 1300s, Amna, a Japanese derivation of Tuina had been established as its own modality by Akashi Kan Ichi, a physician and massage therapist.

However, Amna really took off during the 1600s after it was popularized by Sugiyama Waichi, a famous physician and acupuncturist of the time. It is important to note that Sugiyama Waichi was blind, which had an effect on the culture of the massage profession. 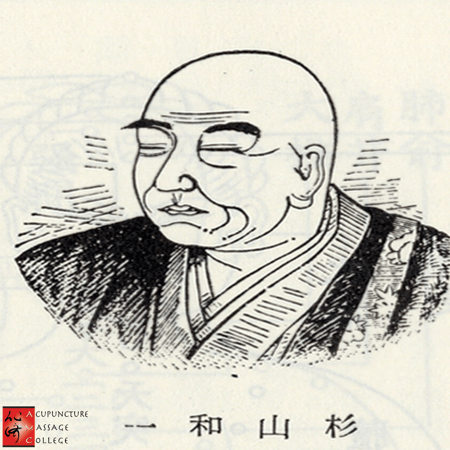 Over the next several hundred years, massage would be largely practiced by blind practitioners. In fact, at various times, the Japanese government even protected massage by limiting the profession to the blind, since it was one of the few ways they could earn income. 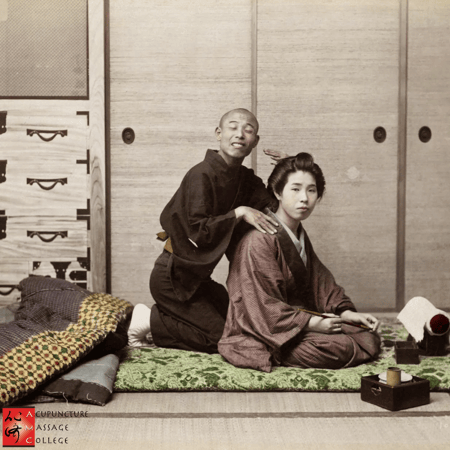 Amna was eventually regulated by the Japanese government, and required a state-license to practice.

The term Shiatsu, which means finger pressure, has been around since the turn of the 20th century. The word was first published in a massage manual by Tenpeki Tamai in 1900, and like the Shiatsu we're familiar with, it also described finger pressure massage techniques. However, this shiatsu was different than the modality we are familiar with today. 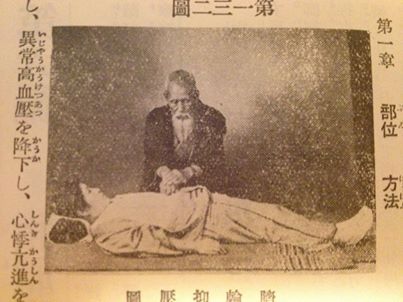 In 1912, a gifted seven-year old boy by the name of Tokujiro Namikoshi healed his mother's rheumatism using massage techniques that he had developed on his own. Over the next few years, he continued to practice this form of massage, until eventually being arrested for practicing massage without a license. 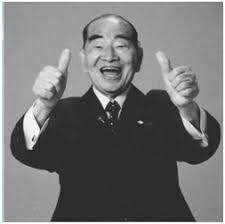 At the suggestion of his brother, Namikoshi sought formal training in Amna and earned his license in 1925. Overtime, he gradually refined his original massage techniques and combined it with techniques from Amna to create modern-Shiatsu. Before long, Namikoshi opened a massage clinic in his home town of Hokkaido, Japan.

Unlike Amna, which utilized elbows, knees, and fists, Namikoshi’s massage style only utilized finger-pressure. As such, he named his style Shiatsu, which literally means finger-pressure, although the term had been used previously to describe different massage techniques.

You're probably wondering how Shiatsu spread from a single-individual in a small town in Japan to virtually everywhere in the world. In the next blog, we'll cover how Namikoshi and others helped spread Shiatsu from across the world!

Acupuncture and Massage College offers a professional certification in Shiatsu as part of its massage therapy program in Miami, Florida. If you're interested in massage therapy and alternative medicine, this is the place for you. For more information, call us at (305)595-9500 or visit us in person at 10506 North Kendall Drive, Miami, FL 33176. Be sure to download our massage therapy career guide below! 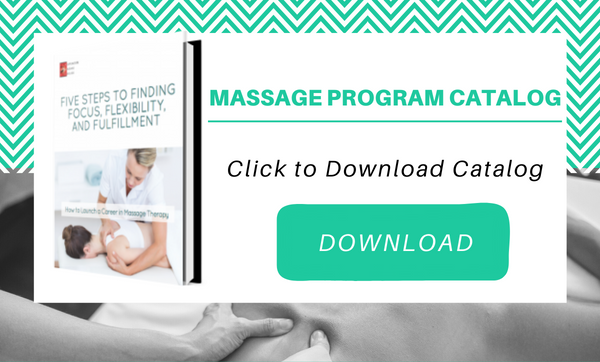