Health: According to the TCM view, the body is a complex system of different qi and yin-yang properties, known as the Functional Entities. As mentioned previously, the functional entities are:

The functional entities perform a series of actions known as the Five Cardinal Functions.

In Traditional Chinese Medicine, the Five Cardinal Functions are: This Jing-luo model from the Ming Dynasty (circa 1500) identifies where qi and blood flow through.

However, what happens when there is imbalance and disharmony of the functional entities?

Illness: When there is disharmony and imbalance of the functional entities, the cardinal functions cannot be not well-performed and as a result, the body becomes ill. Illness then, is ultimately viewed as arising from an imbalance of qi and yin-yang, rather than a purely physical phenomenon. The Wu Xing cycle of the Zang-fu organs.

When a person is ill, he or she will manifest different disease symptoms. Given that everything has Wu Xing, a pattern of disharmony can identified by a trained doctor. Because all the functional entities are interconnected, accurately pinpointing patterns of illness is considered to be the one most challenging aspects for aspiring acupuncturist. 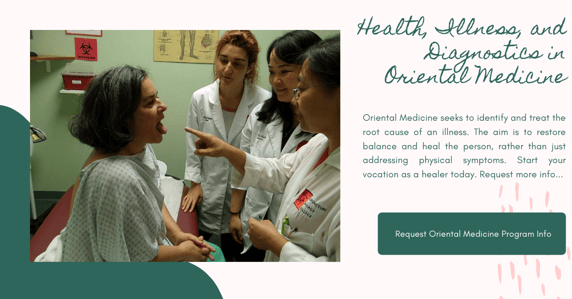 In Traditional Chinese Medicine, every disease has two aspects: bìng and zhèng. Bìng translates into “disease category” or “diagnosis,” while, zhèng translates into “pattern.” For example, the bìng of the stomach flu may present the zhèng of Damp-Heat in one person, and Damp-Dryness in another. Bìng would be the particular symptoms, but the grouping is the zhèng.

It is often the case that two people have the same bìng, but different zhèng, meaning they will receive different treatments.

This has given rise to a Chinese proverb that translates as “different diseases, same treatment; same disease, different treatments.”

In Traditional Chinese Medicine, zhèng refers to a pattern of disharmony in the functional entities. Ultimately, it is identified by symptoms, which usually involve a combination of affected functional entities. A thorough zhèng should account for all the symptoms a person has.

Liù yín, which translates into the Six Excesses or Pathogenic Factors, is a term that is used to describe the patterns of disharmony that particular symptoms display.

In Traditional Chinese Medicine, the Six Excesses are:

These symptoms resemble the effects of Six Climatic Factors.

Within a healthy body, the functional entities are in harmony and balance. When they become unbalanced, illness arises.

As such, illness can be identified as to how the functional entities are imbalanced. At the most basic level, this is measured as there being an excess (vacuity) or deficiency (stagnation) in one the entities. For example, "Spleen qi vacuity" identifies a deficiency of qi in the Spleen, which is one of the Zang-fu organs. Whether the cause of the diseases is internal or external is considered as well as it's Excess.

The method for identifying disharmony patterns is a complex process of eight principles known as biàn zhèng (Eight Principles of Diagnosis in Traditional Chinese Medicine). In addition to the Principles, it accounts for tongue and pulse characteristic patterns. In the next article, we will discuss how disharmony patterns are identified.

A visual summary of Eight Principles.

If you found this article interesting, then perhaps you should consider a career in Oriental Medicine and acupuncture. Learn more by downloading the free career guide below or by visiting our Florida acupuncture school program page.