Acupuncture has been around for over 2,000 years. As such, acupuncture schools will often teach the mechanisms behind acupuncture's effectiveness from a Traditional Chinese Medical point of view.

According to Traditional Chinese Medicine (TCM), health is determined by the proper flow of qi or non-physical life force in the body. Illness arises when the body’s qi is stopped from performing its cardinal functions, which includes the nutrient conversion, temperature regulation, and defense against foreign pathogens. 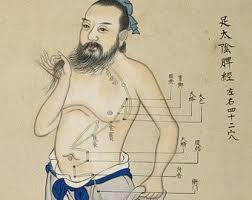 Qi travels throughout the body via non-physical pathways called Jing Lou or meridians, which intersect with the (physical) body at specific anatomical locations known as acupoints. Because certain kinds of qi travel through specific meridians, acupuncture works by inserting fine needles at the acupoints, which stimulates and helps to restore the flow of qi, allowing the body to return to a normal and healthy state.

While the TCM model of the body explained how health, illness, and healing functioned for the ancient Chinese, it has been met with skepticism by modern western medical science.

For example, prior to the Enlightenment, all matter was thought to be composed of a few elements we now know as the classical elements: air, earth, fire, and water. However, in 1789, French Chemist Antoine Lavoisier came up with a reductionist theory of the elements, which defined an element as a substance that could not be broken down any further. Because Lavoisier’s definition of an element was more simple (i.e. physical) and verifiable (i.e. reductionist) than the Classical definition, it was considered more scientifically valid.

As previously mentioned, Western Medicine views the body, health, illness, and medicine as biochemical or purely physical entities. However, this is actually a fairly recent innovation. Prior to the Enlightenment, the West had long used a humoral model of the body to evaluate health, illness, and medicine. Humoral theory is attributed to the famous physician, Hippocrates, who used the humors to explain how illness arose by natural means, rather than supernatural means (i.e. a curse from the Greek gods).

Humoral theory holds that the body is composed of four substances, known as humors. They are black bile, yellow bile, phlegm, and blood. As long as they were balanced, a person remained bodily and emotionally healthy. If they were unbalanced, then illness and emotional unrest would arise in a person. Interestingly enough, this is similar to the classical Chinese notion of Wu-Xing (five phases), which correspond to the Zang-fu Organs. 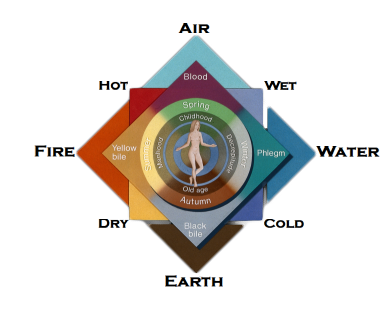 This was the model of the body that was used for nearly 2,000 years, until 1543 when Flemish physician Andreas Vesalius came up with an anatomical model that is similar to the one we use now. Eventually, other areas of biology and medicine would be defined by reductionist models.

For example, in 1796, Edward Jenner invented the smallpox vaccine, which gave rise to the study of immunology and established diseases as having biological origins. In 1859, Charles Darwin published his theory of evolution, which provided a purely physical explanation for the origin for all of life and in some ways, serving as the final nail on the coffin for humoral theory.

It is important to note that Vesalius and Lavoisier did not change the commonly held view overnight. Rather, they challenged the dominant theory of the time, and over time, other scientists, medics, and philosophers added their own reductionist-based ideas, until gradually the old view was phased.

Given that the modern science views the body as a purely biochemical specimen, it is not surprising that Acupuncture and Oriental Medicine are dismissed as being pseudosciences. The notion that non-physical entities, such as qi and meridians, exist and play a role in health does not fit the Western model of the body. They will ask for scientific evidence of its existence, which by their definition, has to be physical. Because it’s impossible to evaluate something non-physical in a scientific manner, many scientists view acupuncture as a kind of snake oil.

However, as we have mentioned on this blog before, there is plenty of strong scientific evidence that acupuncture is effective for treating pain, clinical depression, and insomnia. While some scientists and doctors will never be convinced of acupuncture’s effectiveness, others are convinced that acupuncture works, but that its mechanisms are based on biochemistry, not qi.

This approach to understanding acupuncture is often referred to as scientific acupuncture or evidence-based acupuncture. This approach has come under fire from both western scientists, who think that there is not enough biochemical evidence to consider it a legitimate medical practice, and from rigid, traditional TCM practitioners, who view the new approach as a sacrilegious defilement of their practice.

As such, let’s take a brief look some of the biochemical explanations for acupuncture.

According to Evidence-Based Acupuncture, there are three major biochemical hypothesis for explaining the mechanisms for acupuncture:

However, for most people, knowing the medical mechanisms that explain acupuncture's effectiveness are not as important as their applied healing effects. And so, acupuncture remains a safe and natural means to cure a variety of ailments that have affected people throughout history.