How did Swedish Massage get its name? | AMCollege-Miami, FL

Western massage modalities are those massage techniques that are based on a modern or Western understanding of anatomy. These types of massage emphasize treating the soft tissue, muscles, joints, and ligaments of the body through firm pressure and stretching to alleviate  Western modalities include Swedish, Sports, and Deep Tissue Massage. 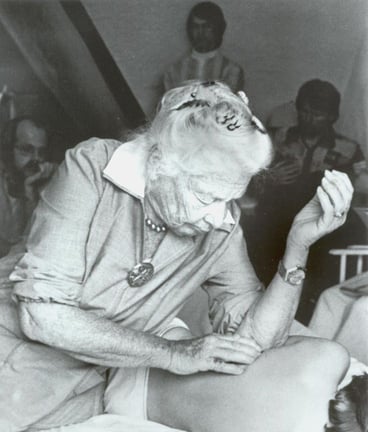 More recently, our blog content has primarily covered Oriental Medicine and its related healing modalities. However, this does not accurately capture the holistic approach that we take to healing. For example, our Massage Therapy program curriculum covers both Oriental and Western massage modalities.

As such, I want to do a series of follow up articles that explain the significance of Western massage modalities. While it possible to begin by discussing the ancient Greeks and their contributions to Massage Therapy, it would be more prudent to begin by discussing Swedish Message. The reason for this is that Swedish Massage is amongst the oldest and most common Western massage modality practiced today. Furthermore, it is often used as a foundation for teaching other Western modalities.

The Confusing History of Swedish Massage

While massage may be the oldest medical practice in history, it was not until the 1800s that specific massage techniques were codified into a particular style or modality.

The Swedish Massage modality was invented around 1868 by Dutch doctor Johann Georg Mezger. However, it is Per Henrik Ling, who is often (and wrongly) credited with inventing Swedish Massage. The historical mix-up is common and it’s worth briefly exploring who both men were and why this inaccuracy still exists today.

Per Henrik Ling (1776-1839) was a Swedish educator and a medical pioneer in Physical Therapy. Throughout his life, Ling frequently suffered from physical illnesses, such as rheumatism, lung disease, and gout. However, while living aboard, he developed an interest in fencing and began to notice positive changes in his health, particularly, in regards to his arm gout.

These health improvements fascinated Ling, but he soon realized that fencing would not be sufficient for achieving optimal health. As such, he decided to dedicate himself to physical fitness and culture. He studied medical physiology, anatomy, and other forms exercise, particularly Franz Nachtegall’s system of Danish Gymnastics. 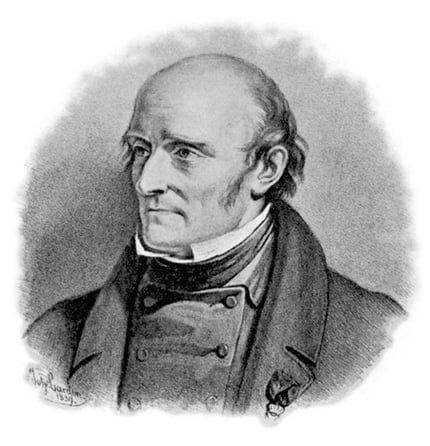 Through his studies in physiology and exercise, Ling eventually developed a system of exercise and gymnastics, which he called Medical Gymnastics.

In 1813, he founded the Royal Central Gymnastic Institute, which gave his system national recognition and in 1835, Ling was elected to the Royal Swedish Academy, which is the highest national honor bestowed to an academic in Sweden (the same institution that awards the Noble Prize). Per Henrik Ling died in 1839 from tuberculosis, but his legacy would live on, especially in the history of massage therapy, where he is controversially still known as the Father of Massage.

The true founder of Swedish Massage is Dutch doctor Johann Georg Mezger. Like Ling, Mezger had a formal interest in gymnastics, which he practiced regularly at the Gymnastics Institution at the Westermarkt in Amsterdam. The Gymnastics Institution was noted for its medical advancements in treating scoliosis and other skeletal deformities. Mezger was noted for being a talented gymnast and for having a gifted understanding of physiology. He was encouraged to formally study medicine, which he did at Leiden University. 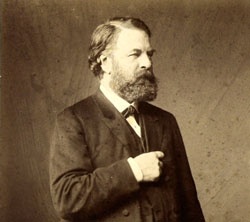 While completing his medical studies, Mezger was allowed to practice French “friction methods” on patients with minor sprains. In 1868, he passed his doctoral exam and wrote a 47-page dissertation on The Treatment of Distorio Pedis with Frictions, which would serve as the therapeutic basis for Swedish Massage.

Using the French massage techniques, Mezger applied his medical knowledge to develop a system of five therapeutic techniques for treating patients that are still used today. The five techniques of Swedish Massage are:

By 1871, Mezger had developed a strong reputation as a doctor and his services were constantly in demand by Europe’s Royal and Noble classes. He famously treated King Gustav V of Sweden, who had suffered a major hip injury, by giving him multiple massage sessions and restoring his mobility in 10-days.

Johann Mezger would eventually leave Amsterdam and settle in Paris, where remained until his death in 1909 at the age of 71.

However, this does not explain where the confusion comes from and why Swedish is used to describe the massage modality. Basically, the confusion boils down to a mix-up in translation.

Prior to WWII, French was the lingua franca for the educated classes in the Western world. At the time, it was a common practice to translate books into French, but not necessarily into other languages. If a second translation did follow, it was often done from the French as opposed to the book’s original language.

As discussed earlier, Mezger’s approach to massage is based on French techniques and he kept the original French terms to name the techniques in his system.

Unlike today, these terms were not part of a jargon exclusive to Swedish Massage. As such, the same general terms were used for translating Ling’s description of massage techniques in the Swedish Gymnastics movement. 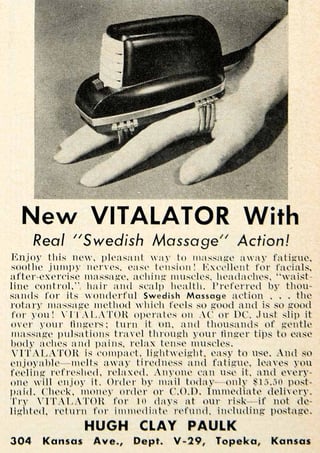 Not a Swedish Massage. Not really much of anything.

Eventually, the French terms of Mezger’s system became inseparable from the descriptions used in Ling’s Swedish Gymnastics. Over time, massage therapy textbooks would continue to print this misnomer, thus adding it the common parlance.

It would not be until 1986, that Patricia Benjamin a historian for the American Massage Therapy Association was able to verify that neither Ling nor the Royal Central Gymnastic Institute ever used French terms to describe its massage techniques.

However, it is important to note that this verbal clarification is not meant to discredit Ling or his health contributions. Instead, it is simply intended to give credit to whom it is due to and more importantly, to use history as a segue for our next article that will discuss the health benefits of Swedish Massage. After all, if it can heal a Swedish King in 10-days, it is worth seeing what it can do for us, Floridians.